We had the chance to interview Richard, RevOps Manager at Cattle Dog Digital. In this post, we dive into Richard’s story, learning curves, role, and passions.

Richard started his technology career in the 80’s back when, “mini computers took up the size of the room!” Richard started out in programming, then moved to hardware engineering, and eventually transitioned to the consulting world. This set him on an exciting career journey where he utilised technology to support supply chains.

Next, Richard moved to another company on the opposite side of the table where he was the Head of E-Business. Richard moved back and forth from service providers to businesses that use SP’s. He felt that it was interesting and beneficial to be on both ends as he could develop his understanding of what was important from each perspective. He expresses his pragmatic approach to the pattern, “drifting between the two is important.” Richard explained, “Being in charge of customer and internal engagement, I got to understand what’s important to operate and interact with customers for businesses, but also understand the challenges and obstacles.” Richard said he always liked to understand, “what kills them day to day and makes them excited day to day.” On the customer side, Richard says, “You get to understand how they think, and makes you understand what’s important to them.”

In the 2000s, for six years Richard started his own consulting businesses, then sold the business, remaining with the merged business for a further 5 years. He then moved back to work on the client side. Richard then moved to Toll Group where he met Linda Godfrey, Cattle Dog Digital’s Director of RevOps. Shortly after he switched back to the client side… again!

Richard says that “there can be such thing as bad business and having too much business, you rarely hear sales people say this but it is true”. Richard gives an example of how the sales team in his past work were heavily discounting goods to certain customers in order to grow their sales, but didn’t realise the price they set meant each unit was losing them money, and they were diverting supply from profitable customers to support these ‘new deals’. They just didn’t realise it until the company started losing money. Nobody knew the real cost of producing the goods, and they didn’t have the system and tools to calculate it with any accuracy. The business was operating in silos and the functions such as sales, marketing, manufacturing and finance weren’t talking to each other. This goes to show, just because you think you’re profitable doesn’t make it so.

Richard explains that it’s important that teams be educated that their own success has a dependency on others, and that if they work together theirs, and the organisations goals, will be much easier to achieve (we all work for the same company, right?). Management that leads by example in this regard will make this task much easier.  Richard links this to customers in the RevOps space, as a lot of customers don’t necessarily know their business well, so they don’t know if they are chasing a good deal. Richard aims to be transparent, and think pragmatically and strategically with his team.

Richard says that at Cattle Dog Digital, “You can be open and transparent with the key stakeholders, you can talk plainly and without fear of judgment”. Richard feels that, “even if someone has an idea that we won’t pursue, they’ll challenge you but it’s never a bad idea and they will support it and learn from aspects of it.” He says that is what a good leadership culture should be like. Richard explains, “you don’t have to agree all the time and nor should you, however it is important that you can talk openly about it and feel safe.” At Cattle Dog Digital, Richards says the team’s drive to better their ecosystem is so unique. He shares, “the team’s strategy behind what they are pulling together is great, as they want value to be at the core of everything.” 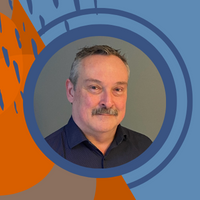 “Part of my role is having that radar and making sure customers walk away satisfied that they have an improved system… part of my working mantra is working to make a difference either to the business or customer.”

Richard’s Role as the RevOps Manager

Richard is a part of the core RevOps team. He says that at Cattle Dog Digital, “We don’t operate in siloed spaces,” which is exciting as he is able to work with a pack of brilliant people. Richard explains that part of his role is, “Understanding customers and understanding what makes them tick.” He aims to keep his ears open to customer insight which gives him more opportunities to improve their journey. Richard says that, “Part of my role is having that radar and making sure customers walk away satisfied that they have an improved system… part of my working mantra is working to make a difference either to the business or customer.”

Looking to the Future

Richard says, “It’s a pretty clean sheet of paper, and I’m not good at drawing pictures but I am open to the possibilities of ‘what if?’” Richard says he is not afraid of change and he is so excited for the opportunity of ‘dot, dot, dot’. He thinks the future of Cattle Dog Digital is going to be larger and greater, and he is excited for what the future holds.

Richard loves skiing and anything to do with the snow. He said in general he just loves ‘going fast.’ Richard is also a part of the CFA and volunteers with the local fire brigade. He loves being there for people, “in their worst moments to support them, and try and make things just that little bit better.” He has a great passion in helping his community. Ricahrd loves music as it has been a big part of his family over his lifetime. He listens to everything from Chopan to The Prodigy and everything in between!

Part of Richard’s family were dairy farmers, so he says that Cattle Dogs could potentially be his favourite as they have good instincts and are hard workers. However, he also likes Border Collies and Poodles, the latter being a favourite of his late mother, as they proved to be highly intelligent and much more than their looks.