In this post we are excited to highlight the incredible dedication and care that our RevOps Manager, Ashley Thomas has given to the local communities and our Cattle Dog Digital team.

Ash has gone above and beyond to show his commitment in supporting those affected by the recent floods in the Northern Rivers of NSW. He worked alongside many other heroes to reduce the impacts of the floods through various initiatives both prior and after the floods occurred. Ash’s involvement working with Thread Together is just another example of his leadership which inspires the entire Cattle Dog Digital team daily. He has not only impacted the flood prone communities, but also impacted the Cattle DogDigital community in big and wonderful ways. 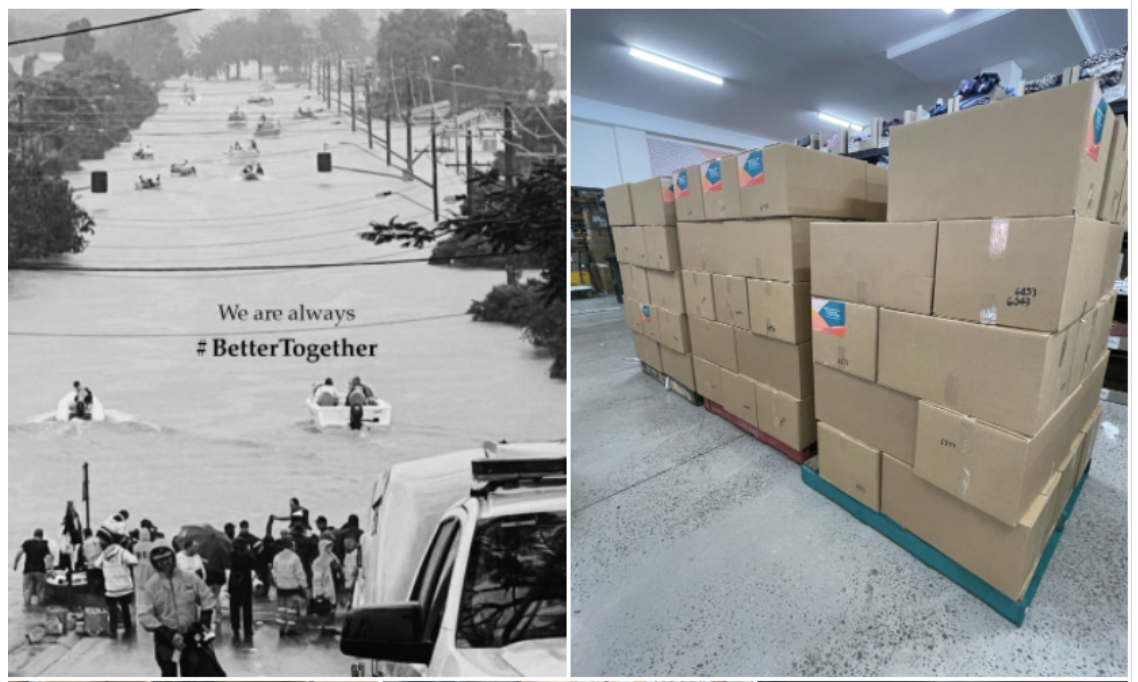 Taking action during the devastating floods in the Northern Rivers.

Ashley Thomas is Cattle Dog Digital’s RevOps manager by day and a local community hero by well… always. Ash is from Bellingen, a suburb 3 hours south of Lismore, where the floods hit the hardest. Communities across the entire Northern Rivers region experienced some of the worst floods in ages. Ash has been a part of the NSW State Emergency Service (SES) team for the past five years and in that time, this is the worst flooding and devastation that he has seen.

Ash took immediate action as soon as warnings started circulating. He began preparing for the event by door knocking to evacuate citizens, sandbagging houses to prevent extreme damage from the floods, and advising communities to take care and precaution. As well, the Bellingen SES team was involved in a number of rescues throughout the peak of the floods.

As a knock on effect from the first flood, numerous landslides occurred, so Ash and the SES team helped with food drops and emergency supplies for people in remote areas. The local units assisted the NSW Rural Fire Service (RFS) team in the clean up process both locally and in other areas as they tried to get the Northern River region back to its original state.

An inspiring day at the Thread Together HQ.

Thread Together is on a mission to save thousands of tonnes of brand new clothing from going to landfill and providing these to one million Australians in need. One of Cattle Dog Digitals clients, MeetMagic shared insight towards Thread Together, which initiated Ash to take action and organise volunteer work for Cattle Dog Digital. Led by Ash, the Cattle Dog Digital team helped sort and box around 5,000 units of clothes to be sent to the Lismore pop up hub. The Thread Together team is making a huge difference every day, and Ash is in awe of their efforts.

Ash says the fact that Cattle Dog Digital allowed him to take time off work and prioritise the volunteer work for the floods speaks for the company’s culture and value set. The support and leadership within the company highlights the best of breed nature of the team.

“I’ve been overwhelmed with the support from CDD to embrace something that means so much to me personally but has impacted so many nationally.”

Ash brings amazing inspiration to the team, both at times of community support and in everyday business projects. Ash ensured visibility of his volunteer work during the floods, which allowed the entire team to be taken along the journey. Ash felt this was important for himself to have mental and emotional support from the team, “I’m very humbled that something that I do which has nothing to do with Cattle Dog Digital, is becoming entrenched in the team.”

He also feels as though this was beneficial for the entire team and business, as it provided inspiration and motivation to be involved. Leading the Thread Together workshop demonstrates Ash’s leadership and passion for community contribution, continuing to inspire the team and the company’s value set.

Ash asks the question “what does life look like now?” He sees the company transforming and adapting to world events and the evolving nature of life. Remote working absolutely has challenges, Ash aims to encourage checking in with team members and becoming more aware of personal situations.He shares, “It is wonderful to see Cattle Dog Digital be caring for what I do day to day.” As well, Ash sees opportunities for Cattle Dog Digital to be involved with more charity and fundraising events, showing support for important initiatives and issues that resonate with both the companies and teams value sets.